This is a plug-and-play tool for real-time pose estimation using deep neural networks. The original model, weights, code, etc. was created by Google and can be found at https://github.com/tensorflow/tfjs-models/tree/master/posenet. 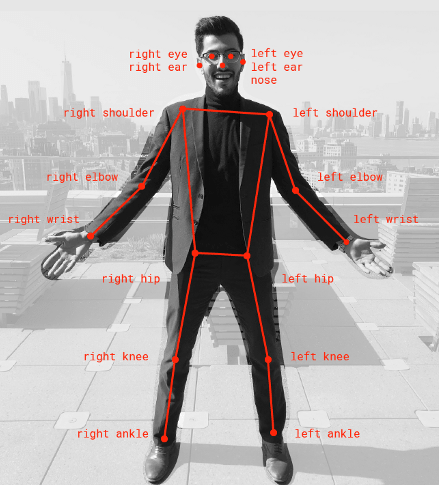 You can test and execute this module in various ways.

You can run this module directly on your computer, assuming that you have Docker installed, by following these steps:

Execute on your computer using udocker

If you do not have Docker available or you do not want to install it, you can use udocker within a Python virtualenv:

In either case, once the module is running, point your browser to http://127.0.0.1:5000/ and you will see the API documentation, where you can test the module functionality, as well as perform other actions (such as training).